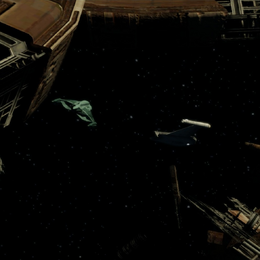 In Flight From Virinat, the player must assist fellow colonists who have fled the planet, and then confront the person behind the attack.

Your only chance of escape is to reach D'Vex's Warbird and flee from Virinat!

This is a single player mission.