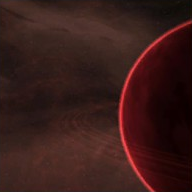 In Rescue and Search, the player assists a Lukari research fleet in the Kern System that has been attacked by House Mo'Kai forces.

I'm picking up a distress signal from the Kern system. Kuumaarke's there, with a Lukari research group. They were studying spore colonies in that system, but now I'm thinking they're fighting for their lives against House Mo'Kai. We should give the Lukari a hand while we can.