Slowing the Expeditionary Force is a fleet action available for Federation players.

For Federation players, this mission and “Breaking the Planet” are often referred to collectively as the Klingon Scout Force mission.

Klingon Scouts have been sighted in Pi Canis Sector Space, Captain! We need you to aid us in eliminating this threat.

Join in with the concerted efforts of your fellow Starfleet captains in defeating this threat!

Go to the Laurentian system, which is located in the Pi Canis Sector Block, and confront a Klingon scout force.

Optional: “Distress Call”
Approach and beam onto the U.S.S. Daxter

Laurentian Outpost is here to defend those settlers and the quadratanium processing facilities. Unfortunately, we're close enough to the border of Klingon space to be an attractive target.

If the Birds-of-Prey get within range of our defense grid, we would have no problem taking them out ourselves. But that puts the colonists on the planet's surface at risk as well. I don't want it to get that far.

<rank>, I need you to hunt down some of the scouts and show them that the Federation is willing and able to defend itself.

Engage the Klingon Birds-of-Prey and stop them from reaching Laurentian Outpost.

It looks like the Klingons may be a bigger problem than we thought, <rank>.

The Birds-of-Prey were jamming our sensors. Now that they're gone, we're detecting Klingon Raptors and Vor'chas on an approach vector. If they attack the outpost, they could do some serious damage!

I know it's dangerous, but we need you to convince them to back off.

I advise you to form a task force with some of the other Federation ships in this area. You will need to use fleet maneuvers if you want to engage the Klingons successfully, but if you can take out some of their battleships, they may think twice about attacking the post.

Destroy the Raptors and Vor'chas before they can attack the outpost.

This isn't a scout force, rank, it's an invasion!

I recognize the markings of some of the Raptors you defeated. They're from the KDF Seventh Fleet, under the command of General D'ald.

I've contacted Starfleet Command. They're calling in reinforcements, but as soon as they arrive the Klingons will know we're onto them.

The Klingons are creating a staging area in the asteroid belt. They're deploying disruptor cannons and weapons platforms, and they have tractored in a line of large asteroids to protect these fixed defenses.

If you sneak into their defensive line and take out enough turrets to open some holes in their defenses, we'll have an advantage when the real battle begins.

You've done a great job so far, <name>, but now it's time to take on some of the Klingons' heavy hitters.

The Klingons are moving in Negh'Vars. Those are their warships, and they're extremely dangerous. We need to disrupt their fleets before they can form up for an attack run.

Those warships are too powerful for a single ship to take on alone, so you and the other ship captains in the system will need to form battle groups to engage the Negh'Vars. Mass your fire and protect one another. I know you can challenge anything the Klingons can throw at us.

The Negh'Vars are massing behind the Klingons's defensive line. Good luck, <rank>.

We've got a sensor lock on the Klingon fleet's flagship, <rank>, and it's trouble.

General D'ald's personal ship, the I.K.S. Kaarg, has entered the field of battle. It's taking a fixed position behind their defensive line, and the Klingons are setting up a series of communications relays encircling it.

This is it, <rank>. General D'ald has powerful allies in the empire, and he will be able to call in more ships to support him. But even Klingons will withdraw from battle when the costs are too great.

If you can defeat the Kaarg, you can end this fight!

You'll need to work with the other captains. I strongly recommend you do not attack General D'ald without support.

Well fought, Captain! You and the other ships of your battle group are to be commended!

Well done. You and the crew of the <ship name> should be commended for your actions today. 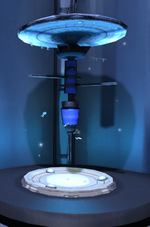 Coming in first place results in the accolade Welcoming Party and a floor trophy.

In addition, there is an optional ground mission “Distress Call” given by Captain Matthews that is available by flying to the disabled ship (far west from the initial spawn point).