Star Trek Online Wiki
Register
Don't have an account?
Sign In
Advertisement
in: Removed from the game, Legacy articles, Klingon War,
and 2 more 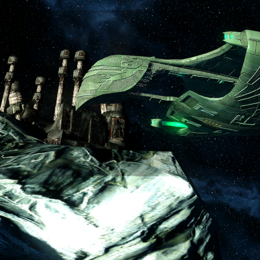 This mission serves as a mission wrapper for “Romulan Imperial Minefield”.

We have a large number of operations going on in various parts of the galaxy, and we're constantly in need of ships and crew to work in these joint efforts.

We've learned of a remote system where elements of the old Romulan Star Empire are trying to take over an asteroid mining facility. Nobody wants to see that happen, so there's a joint operation underway to stop them.

Sign on to the Task Force Operation for the Romulan Imperial Minefield and see if you can lend a hand.