Mission: To Hell With Honor

To Hell With Honor 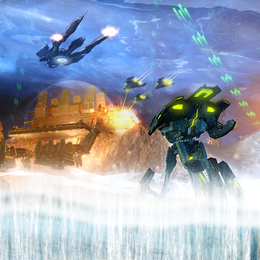 To Hell With Honor is a space Task Force Operation requiring a team of five against House Mo'Kai and Elachi forces.

To Hell With Honor involves assaulting the J'Ula's shipyards on a moon in the Beta Lankal System. During the assault, players must destroy Mo'Kai ships before they power up and the I.K.S. Lukara. Following the initial phase against the shipyards, J'Ula opens Mycelial rifts to bring Elachi Walkers and ships through.

A House Mo'Kai fleet has assembled at the Beta Lankal shipyards. Destroy the treacherous curs before they can flee to the shadows!