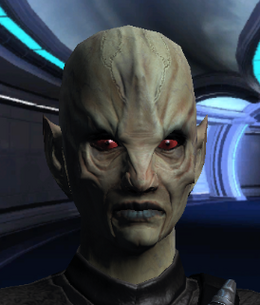 The female protestor was one of the Na'kuhl representatives present during the signing of the Temporal Accords in 2769.