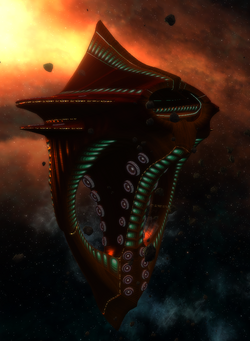 Na'kuhl Temporal Facility is a Na'kuhl space station in the Na'kuhl System of the Tzenketh Sector. It was constructed by the Na'kuhl insurgents led by Vosk by the 29th century. The station is essentially a large temporal conduit designed to send a massive number of ships throughout the timestream.