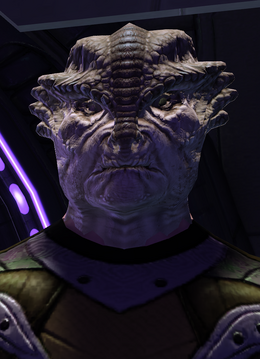 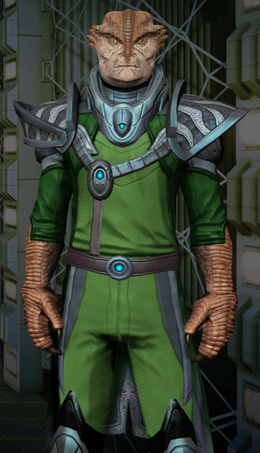 Nelen Exil is a Voth scientist associated with the Circle of Archeology in 2409.

In that year, he discreetly contacts Dyson Joint Command during the siege of the Solanae Dyson Sphere, hoping to enlist aid in discovering the true origin of the sphere rather than follow the propaganda fed to him by the Ministry of Elders. After the mission Unsaid Thanks, he defects and joins the player's crew as a science officer.