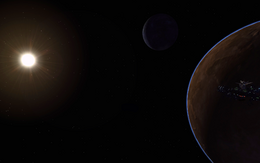 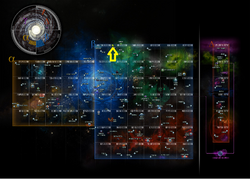 The Nimbus System is a system located in the Hobus Sector of the Beta Quadrant.

Named the "Planet of Galactic Peace" in 2267 after the Federation-Klingon War, Nimbus III was supposed to be the model for a new age of peace and mutual cooperation. It was instead an inhospitable rock that was soon controlled by gangs and beset by violence. After the Vulcan Sybok briefly occupied the capital of Paradise City in 2287, the Romulans, Klingons and Federation all pledged funds and assistance to help the planet.

The cleanup effort was a failure, and the population rebelled constantly against anyone they saw as "authority." The last Starfleet officers were evacuated in 2318. Since then, the planet has been a haven for criminal operations and unchecked violence.