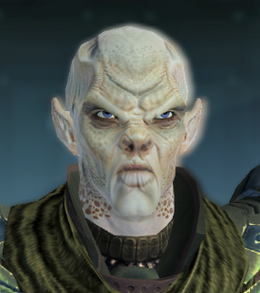 Obisek is a Reman Guard Captain and the leader of the Reman Resistance in 2409. He, together with his Resistance, later joins D'Tan‘s Unificationists based on New Romulus, thereby forming and building the Romulan Republic.