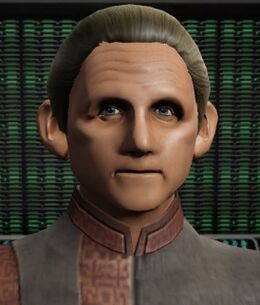 Odo is a Changeling. Formerly the security chief aboard Deep Space 9, he currently resides with the Dominion Founders in the Gamma Quadrant. Loriss acts as his personal Vorta.