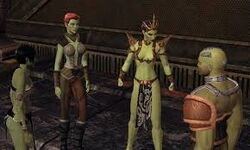 Orions are a matriarchal society 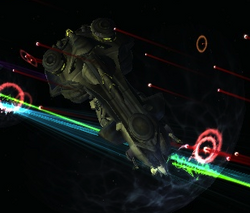 This article refers to the Orion faction. You may instead be looking for the species Orion

The Orion Syndicate is a powerful criminal organization from the Rigel System in the Alpha Quadrant. After a treaty in 2394 it now is fully affiliated with the Klingon Empire and has a new capital on Ter'jas Mor.

The syndicate heavily deals in humanoid trafficking and is famous for its Orion slave women. Although sometimes the syndicate seems to outsiders like a patriarchal culture, in fact the women rule the society, using their physiology to manipulate males of most humanoid species. (ENT episode Bound)