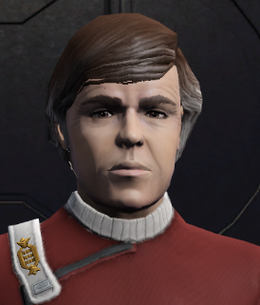 Ensign Pavel Chekov is a Human Starfleet officer assigned to the U.S.S. Enterprise. The player encounters Chekov both early in his career, when he is an Ensign, and later, when he is a Captain and Temporal Agent.