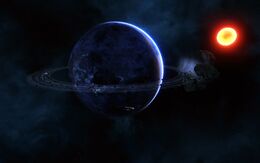 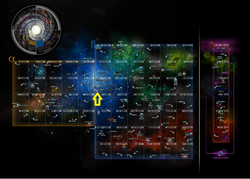 The Pico System is a system located in the Vulcan Sector of the Beta Quadrant.

The Federation maintaines a mining operation on the remains of a crushed moon, orbiting Pico.

An O-class planet surrounded by a thick asteroid belt, Pico was thought to be uninhabited until several species of aquatic lifeforms were discovered by the U.S.S. Archer.

Several small outposts have been constructed in the asteroid belt to service the crews mining the rich veins of deuterium and dilithium found there.