Star Trek Online Wiki
Register
Don't have an account?
Sign In
Advertisement
in: Factions, The Preservers, Defera,
and 3 more 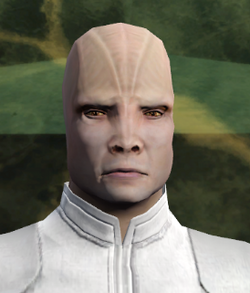 The Preservers (also known as the Wise Ones and the ancient humanoids) are an ancient race, possibly the first humanoid species to evolve in the galaxy.

The Preservers in their time were the only humanoid and sentient species in the Galaxy. They seeded humanoid life across the Milky Way to make sure their "children" would not be alone as they were.

In more recent history, Preservers were responsible for rescuing primitive cultures in danger of extinction. In one such case, a number of Native American Humans were transplanted to the planet Amerind. This was discovered by the U.S.S. Enterprise under James T. Kirk in 2268. They also taught the Deferi the concept of "Balance".

A century later, the U.S.S. Enterprise-D (working with the Klingons and the Cardassians) discovered a recording embedded in the genetic code of a number of species the Preservers had seeded. In it, the Preservers revealed themselves and urged all races to learn to coexist.

The Preservers are masters of genetic manipulation, and altered their own genetic code to the extent that each individual Preserver possessed the genetic memory of the entire race; each Preserver stored the entire knowledge and history of the species.

While most of the Preserver race died out over time, hundreds of them - enough to maintain the species once they had awoken - lived in stasis in a facility on Lae'nas III, waiting for the day that their "children" would unite to discover the facility and meet their "parents" at last.

Planets seeded by the Preservers[]