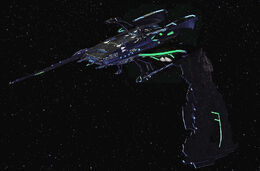 According to Commander Jarok, the Romulan Republic player character was at one point considered for a post on the Lleiset, but it was decided that he/she would do more good as commander of his/her own ship.