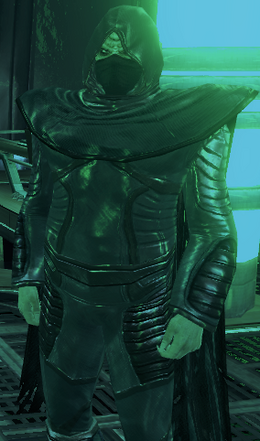 Commander Rashna is an adjutant of Obisek and member of the Reman Resistance in 2409.