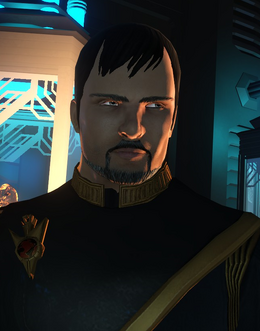 Chief Rathmon served aboard the I.S.S. Discovery under the command of Sylvia Tilly. He is the mirror counterpart of Lieutenant Commander Rathmon on the U.S.S. Buran.