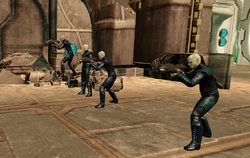 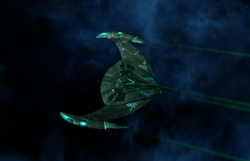 The Reman Resistance is a movement of the Remans to liberate their people from Romulan rule. The Resistance is led by Captain Obisek, and operates out of The Vault in the Haakona System. They later joined D'Tan's Unificationists based on New Romulus, thereby forming and building the Romulan Republic.