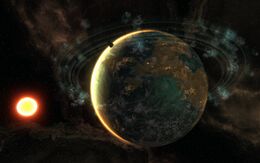 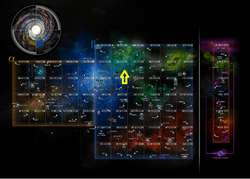 The Rhi System is a system located in the Sierra Sector of the Beta Quadrant.

One of the planets opened to refugees from Romulus, Rhi III is a temperate, M-Class world that many residents compare to the lands around the Apnex Sea on their lost homeworld.

In 2394, the colonists of Rhi III voted against rejoining the Romulan Star Empire and submitting to Praetor Taris' rule. Since then, they have struggled to remain independent.