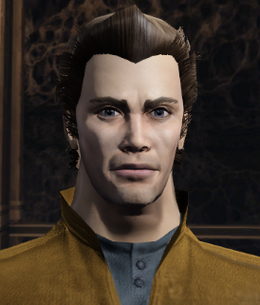 Richard Castillo was the Human helmsman of the U.S.S. Enterprise-C until its destruction at the Battle of Narendra III in 2344. During the battle, Castillo and the Enterprise-C inadvertently traveled through a temporal rift to the year 2366 of an alternate timeline. With the help of the Enterprise-D of that timeline, the Enterprise-C was able to re-enter the rift and thereby play its pivotal role in history.