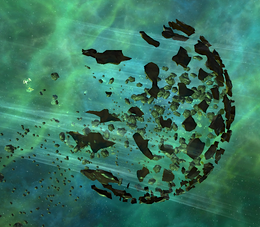 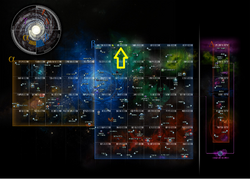 The Romulus System is a system located in the Hobus Sector of the Beta Quadrant.

The Romulus System was the capital system of the Romulan Star Empire until the destruction of the planets Romulus and Remus by the Hobus supernova in 2387. Since then, a memorial has been in place to honor the lives lost there.

The new capital of the Star Empire is Rator III, however the newly formed Romulan Republic proclaimed New Romulus the "capital of all free Romulans".

The former home system of the Romulan Star Empire. Romulus and Remus were twin worlds, but the vast majority of the population was located on the larger and more temperate Romulus. Both planets were destroyed by the Hobus Supernova in 2387.

A memorial now stands at the location of Romulus, to honor the approximately 4.2 billion people killed in the cataclysm.