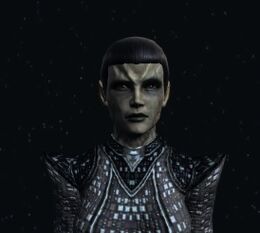 S'lara is a Romulan who has been authorized by the ruling council of her world in the Sarita System to seek Federation assistance. Her colony has declared independence from the Romulan Star Empire.