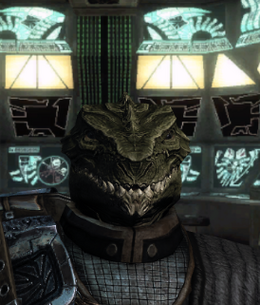 Ambassador S'taass is a diplomat representing the Klingon Empire. He stands in the entrance of the Great Hall. In 2409, the Empire dispatches him on diplomatic missions to Khitomer and Deep Space 9.