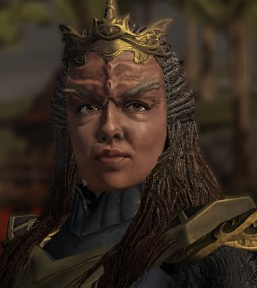 Lady Sirella is the head of the Klingon Great House of Martok since the apparent death of her husband, Chancellor Martok, in 2393. In 2410, Martok returned and led his house once again after his liberation from the Son'a Facility 617 prison.