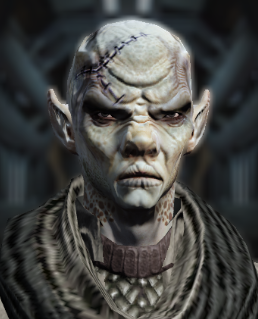 Slamek (or Prisoner 1478) is a member of the Reman Resistance who defects to the Tal Shiar in 2409.