Special Events are regularly occurring activities within Star Trek Online. Currently running events can be viewed in the Event tab of the Mission Journal.

Event Campaigns (also sometimes referred to as Meta events) are typically year-long events that reward players for completing a series of Featured Events, scheduled over the course of several months. In addition to the rewards earned through progressing and completing the required Featured Events, once a Event Campaign is completed, they will grant the player an Event Grand Prize choice pack containing valuable rewards not typically found through normal gameplay, such the option to choose a 100% off discount coupon for a Tier 6 Zen Store starship or a large quantity of Lobi Crystals.

Featured Events are 21-day events that reward you for completing a certain Featured Task Force Operation or other activities (such as Episodes or Patrols). The reward for each Featured Event is x3 [Featured TFO Reward], 25,000

, as well as exclusive rewards - such as the [Kobayashi Maru Transponder]. Prior to Event Campaign II, Featured Events rewarded 50,000

. This was reduced to place a larger focus on Bonus Progress functionality.

There is a legacy turn-in option for any [Featured TFO Commendation] that you may have leftover. Each token will give a single day of progress towards the event prize. Usage of this legacy option does not affect the daily cooldown for progress and they cannot be turned in for Bonus Rewards.

Once the main event is completed (which requires 14 days progress), Daily Bonus Progress is unlocked.

Seasonal Events are typically month-long events that reward a special reward (such as a Tier 6 starship) for participating in certain tasks. Once the main event is completed (which requires approx. 30 days progress), Daily Bonus Progress is unlocked.

Special Events are similar to Seasonal Events in that they may or may reward a ship, or grant other items similar to Featured Events. They may also be less than a month-long in nature, spanning from one or two weeks in length. The Daily Bonus Progress mentioned above still applies to Special Events. For the purposes of consolidation, week(s)-long events such as Galactic Red Alert are listed here.

A Featured TFO Reward is a special reward box available during Featured Events. In most cases, three FTFO boxes are rewarded upon initial claim of the Featured Event's Grand Prize (either via gameplay or

buyout). The reward box is account bound and on opening contains a choice of either one [Enhanced Universal Tech Upgrade], or one Specialization Point (claimable by all, but only usable on Level 50+ characters).

Upon claiming an Event Grand Prize (whether earned or purchased while the event is active), players are eligible to earn Bonus Progress. Daily Bonus Progress rewards a scaling sum of Dilithium Ore

. When this mechanic was introduced with the Mycelial Crisis event this bonus started as 2,500

after 10 days of Bonus Progress.

With Event Campaign II, Dilithium payouts were increased dramatically to an initial bonus of 8,000

. Earning Bonus Progress each day thereafter will increase this reward by an additional 1,000, up to 42 days of Bonus Progress - a value that is unreachable during any Event (thus effectively unlimited). 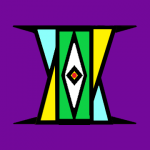