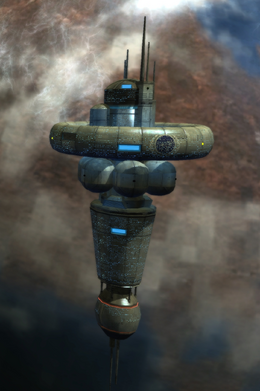 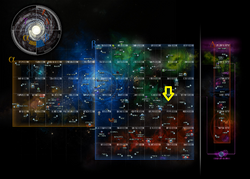 The Starbase 234 System, located in the H'atoria Sector of the Beta Quadrant, is the site of Federation Starbase 234.

A Federation starbase critical because of its location near Romulan and Klingon space, Starbase 234 was the site where the U.S.S. Enterprise-D and other vessels retreated to after the outbreak of civil war on Qo'noS in late 2367. A task force made up of vessels at the starbase and in close proximity later made up a blockade that prevented Romulan forces from supplying the House of Duras with materials they needed to continue the war. Starbase 234 is adding more staff to handle the increased traffic expected with the founding of the colony on New Romulus.