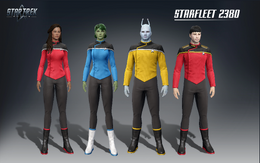 Starfleet 2380 is the uniform worn by Starfleet on support ships in the late 24th Century. The uniform was featured on Star Trek: Lower Decks.

It became available from the Lobi Store on PC from 14 September 2021, and at a later date for console.

Rank pips are those already available from The Next Generation Film Uniform.

The uniforms do not include the pants shown in the promotional image. To replicate the look, one must use the pants included with the Starfleet 3189 Uniform, also a Lobi Store purchase. The official color guide uses the free item "Tight - Basic" 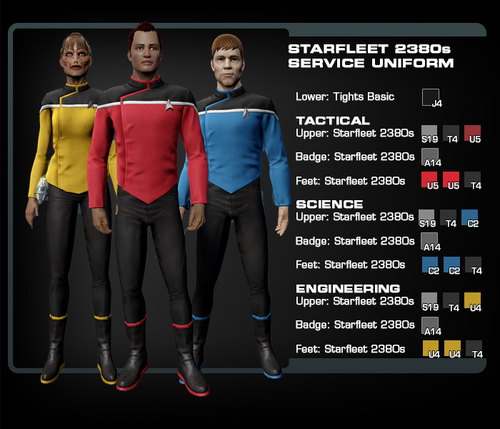