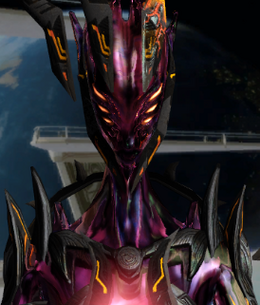 T'Ket is an Iconian who is part of the invasion of the Milky Way during 2410. At the end of the war she rejected the peace that her people had accepted and went rogue, taking loyal forces with her so that she may one day take her vengeance.