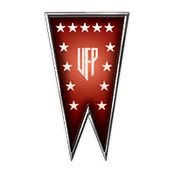 The TOS Starfleet is one of the playable factions in Star Trek Online. Not a faction in true sense of the word, the TOS Starfleet presents an alternate starting experience for Starfleet Captains before taking them into the regular Starfleet storyline.

Created to celebrate the 50th anniversary of Star Trek: The Original Series, players are given the ability to create a new captain in that era and are set on an adventure featuring classic story lines, locations, celebrities, and era-appropriate starships.

Starfleet is the United Federation of Planets' military, defensive, and exploratory branch. Note that "Starfleet" is not the Federation, it is only the military branch to a civil government, similar to the United States of America's naval branch.

Starfleet in the 2270s is one where the Federation was a lot smaller, and unexplored space a lot bigger. Relations with both the Klingons and Romulans were tense and captains were a more ready to bend the rules and pull their phasers.

While the faction loading screen uses the eras pennant of the Federation (seen in the infobox above) for the Starfleet faction, the more common faction emblem is based on Starfleet's standard insignia; an asymmetrical, arrowhead-shaped pennant (right).

Starfleet's uniform in this era is the TOS design (right) with the red-gold-blue division colours for operations, command and science respectively.

Starfleet ranks roughly mirror those of the US navy, with crew being given ranks of Lieutenant Junior Grade, Lieutenant, Lieutenant Commander and Commander. Ship commanders are usually at the rank of Captain, but sometimes a commander is referred to as Captain even if they are at a different rank. Senior officers hold the ranks of Vice, Rear and Fleet Admiral. The title of Commodore is used in games by NPCs, notably Jacob Ross, but is not a player rank.

Upon starting a new TOS Starfleet character, players must choose a career (analogous to a 'class' from other MMORPGs) and a species (or race). The career determines the character's native abilities, and the race determines the character's innate traits and, in certain cases, special abilities. In combat, the career choice and racial traits affect the gameplay and strategies used by the player. When the player completes (or skips) the tutorial, a Pioneer-class starship is assigned to them.

Each profession has its own advantages (and disadvantages) in the gameplay of Star Trek Online.

TOS Starfleet characters can choose one of the four founding races of the United Federation of Planets. A player's choice of race is important and cannot be changed, so it is advisable to choose carefully.

The only faction-specific starship is the Pioneer-class vessel. In addition, all TOS Starfleet characters receive the Class F Shuttle from the 23rd Century Bundle for free by completing “Explore Earth Spacedock”. If the player has purchased the TOS Constitution Class Cruiser from the Zen Store, it can also be claimed from the Earth Spacedock (23rd Century) Ship Vendor.

After “The Battle of Caleb IV” has been completed, TOS Starfleet players can use any starship available to the 25th century Starfleet players. As part of the Agents Of Yesterday expansion, several new starships, inspired by the designs from 23rd century, were added to the Zen Store. However, these starships are not available to players until after joining the main Federation timeline.

There are three main types of playable Starfleet vessel, each with numerous sub-types for different ranks and styles of play, and each of those sub-types may have a number of cosmetic variants. The types of vessel are generally biased towards a specific class, but players of any class can captain any type of vessel.

"Every generation, Starfleet officers hear the call of duty. Hidden dangers lurk in space, and the threat of Klingon attack has made even the most stout-hearted reconsider their choice to travel throughout the stars. A last ditch effort to find a common ground could end this conflict, but there are many who oppose peace. If the Federation is to be saved from chaos, new officers will need to take up the task of restoring peace."

The tutorial and Agents of Yesterday arc are all set in 2270, which is a year after the end of the final season of The Original Series, and during the second season of The Animated Series. However, some missions within this arc involve time travel back to the three seasons of the original series.

Once “The Battle of Caleb IV” has been completed, player is sent to 2409 and integrated into the standard Federation storyline. TOS players have some specific dialogue to reflect the events they were part of in the past and, to differentiate the two factions, they retain the 23rd century effects and animations (e.g. the transporter effect).

All 23rd century characters created during this six-week event received a [Temporal Transponder], becoming Temporal Agents. This gave them access to numerous new benefits and rewards, similar to the Delta Recruitment event.

Temporal Agents played a story which paralleled that of their faction, but had additional unique goals. Tasked with uncovering probes left by the Na'kuhl, Temporal Agents would sometimes find additional mission steps, marked with a

symbol, leading to something on the map which would help fight the Temporal Cold War.