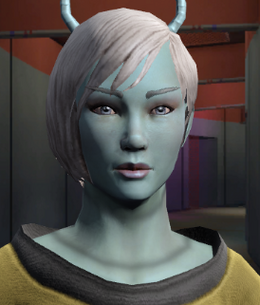 Ensign Tarsi is an Andorian Federation Tactical officer serving aboard the Tutorial Starship in 2270.