The Tau Dewa Sector Block is a sector block in the Beta Quadrant and is subdivided into the Azure, Nimbus and Narendra Sectors. The sector block contains space that belongs to the Federation, Romulans, and Klingons and was added to the game as part of Season Seven: New Romulus.

With the Legacy of Romulus expansion, the Tau Dewa Sector Block has become the starting point for Romulan Republic players.

Narrated by Denise Crosby
Far from the remains of Romulus and the strife of Romulan colony worlds, a group of my people have set out to create a new homeworld and a new way of life. These New Romulans are reaching deep into the past of our people to build a foundation for their endeavors. In doing so they may attract the attention of ancient beings, demons of air and darkness they are ill-prepared to confront. 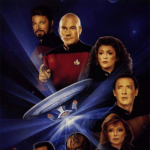