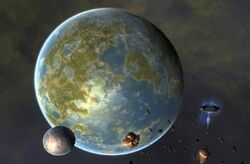 Tazi Prime, homeworld of the Tazani people, is one of two planets in the Tazi System in the Risa Sector. A field of debris surrounds the planet on one half and two rocky moons revolve around it. In addition, the Federation has errected a starbase in the system.

A class O world, Tazi is home to approximately 4.6 million inhabitants. The Tazani government permitted a Federation research station to be launched into orbit in 2396, and the close cooperation between the crew there and the Tazani Science Ministry is believed to be one of the key factors that prompted the Tazani to petition for Federation membership in 2408. The application is pending. 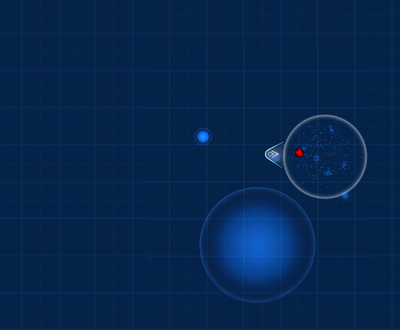