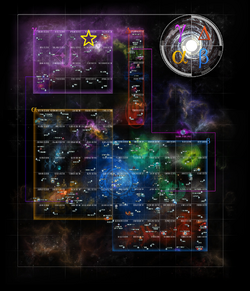 The Teplan System is a system in the Kendari Sector of the Gamma Quadrant is home to the Teplan, a race punished for their resistance to the Dominion with a Blight. The disease infected every Teplan child while still in the womb. When the Blight "Quickened", it became incredibly painful and destroyed their body. The Teplans had become obsessed with death until Julian Bashir managed to develop a vaccine. This meant that no future Teplan children would have to suffer the Blight. Meanwhile, Bashir continued work on developing a cure for the remaining Teplans. ("The Quickening")