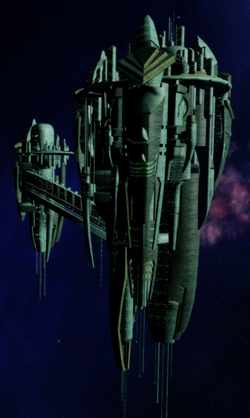 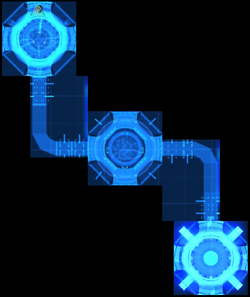 Map of The Vault interior

The Vault is a starbase located in the Haakona System. It was used by the Romulan Star Empire to research Borg technology.

Following the destruction of Romulus in 2387, the Borg technology at the Vault was used to retrofit the mining vessel Narada and turn it into a near-invincible dreadnought. The Vault was abandoned shortly afterward.

In 2409, it is home to the Reman Resistance, led by Captain Obisek, following their victory against the Tal Shiar on Brea III.