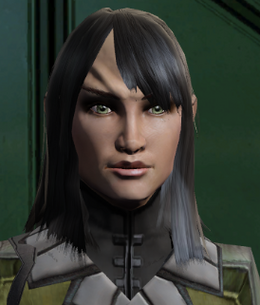 Tiaru grew up on Romulus, always being watched by the Tal Shiar due to her father being classified as a traitor. Despite that, she went on to serve in the Imperial fleet and received her first command after she proved herself as an officer during the Dominion War.

After she heard of D'Tan's plans to break away from the Romulan Star Empire 22 years after the destruction of Romulus, she left the fleet and joined up with the Romulan Republic.