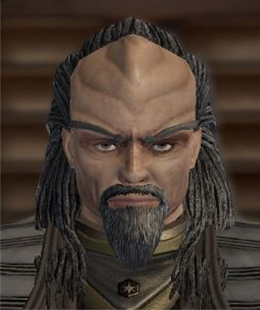 Torg, son of Kormog is a Klingon politician who leads the House of Torg in 2409.

Torg has a son, S'gen. He also raised Ja'rod, the leader of the House of Duras, after his mother, Lursa, died in 2371.