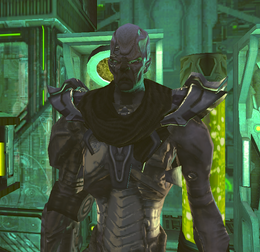 Tosk of Borg is an Elite Tactical Drone that used to be a Reman. He is the boss of the Special Task Force mission “Khitomer in Stasis”.