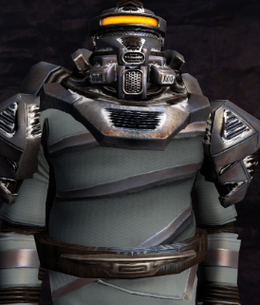 Thot Trel is the commander of the Breen forces attacking the Deferi in the Orellius Sector Block. His goal is to find and exploit the Preserver Archive. He trusts that its technology and secrets will grant the Breen the opportunity to rise to power once again. His cynical demeanor and ruthless assaults on the Deferi is alienating some of his troops who are willing to cooperate with the Federation and the Klingon Empire aiding the Deferi.

Trel is the boss enemy of the Breen Front campaign.