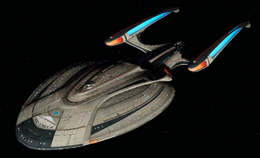 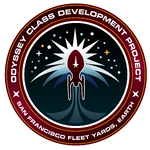 The player commands the Enterprise-F for part of "First Contact Day". Her loadout is as follows:

Note that this does not include the player's own space skills.