Not to be confused with the Veyga System. 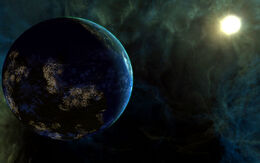 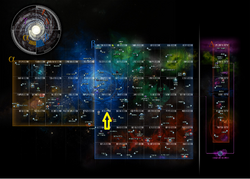 The Vega System (Alpha Lyrae) is a star system in the Risa Sector of the Beta Quadrant. Vega IX is the site of the Federation Vega Colony.

The Vega System was one of the earliest star systems to be colonized by Humans after the development of space flight, and the colony on Vega IX has been a key point on trade routes since the 22nd century.

With the automation of Vega IX's massive cargo depots in the mid-23rd century, the planet's population turned from industrial concerns to other pursuits. One of these is the exploration of Deltan ruins on the planet that may be able to tell Federation archeaologists much about early space exploration.

More than 2.8 million Federation citizens currently reside on Vega IX, many in smaller settlements spread across the temperate zone. Vega IX is proud to send more than a dozen of its young people to Starfleet Academy each year.