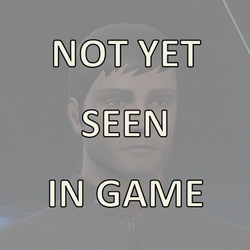 The Vidiians are a warp-capable species from the Delta Quadrant.

Until the Think Tank had found a cure sometime between 2372 and 2375, the Vidiians used to suffer from a terrible, flesh-eating illness called the Phage, which had pushed them into a ruthless existence of forced organ harvesting. While she was lost in the Delta Quadrant, the U.S.S. Voyager had to fight off the Vidiians several times in 2371 and 2372.