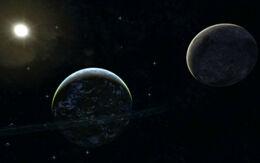 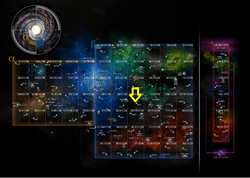 The Virinat System is a system located in the Japori Sector of the Beta Quadrant.

Virinat was once a "breadbasket" world for the Romulan Star Empire, using its temperate climate and rich soil to feed millions. Its power and influence waned with the rise of replicator technology, and by the late 24th century it was a rural outpost with a handful of small cities and numerous farming settlements.

After the destruction of Romulus, survivors flocked to Virinat and other colony worlds seeking a new home. But while Virinat had ample growing space, it didn't have the infrastructure to support a large population. Most of the refugees soon left to seek other homes on colony worlds such as Rator III. The survivors who remain on Virinat live a quiet, rural existence with little contact to the outside world.