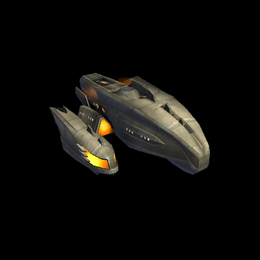 The Vishap Frigate is the primary frigate of the Gorn Hegemony. Their armaments are roughly equivalent to the Orion Corvette and other such frigates. Ships of this class typically operate in groups of two or three and can be found accompanying larger vessels.