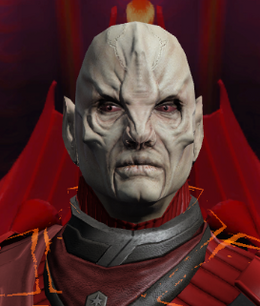 General Vosk is a radical military leader of the Na'kuhl who commands the N.V. Destiny in the 29th Century.