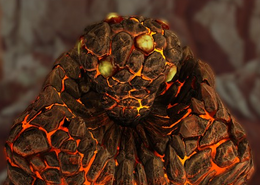 Yarnek is a prominent member of Excalbian society and the initiator of a series of trials to determin good vs evil. First, during the 23rd century, he created Abraham Lincoln to entice James T. Kirk and Spock to Excalbia and participate in his first trial. At the end, he noted that evil retreats when forceably opposed.

Yet the debate did not end, and to resolve the question he summoned the player and Seven of Nine for more trials. At the end of each trial he was critical of the value of good, however when the player saves the Excalbians from their own simulations he decides in favour of it.