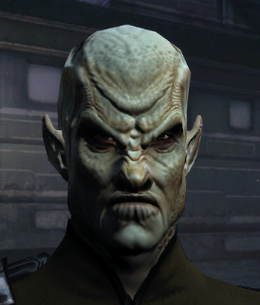 Zden is a Reman living on Crateris in 2409, and the father of Veril. He operates under the command of Obisek, who left him in charge of the colony surface while he and his fleet were away.